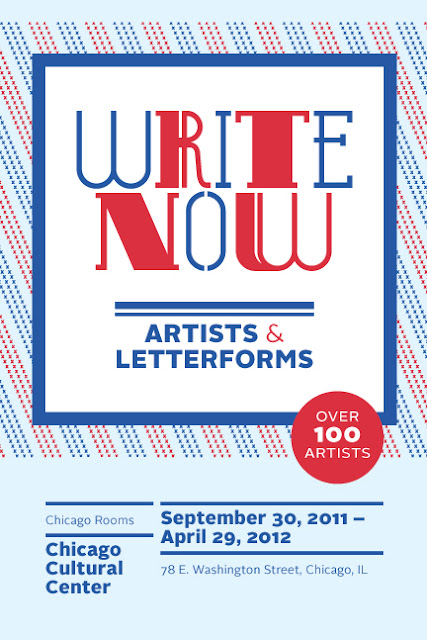 "Write Now: Artists and Letterforms" is a major exhibition at the Chicago Cultural Center, presented by the Chicago Department of Cultural Affairs and Special Events, in partnership with the Chicago Office of Tourism and Culture, that showcases a diverse range of recent works by more than 60 artists utilizing letters and text in a wide array of mediums.

Featuring primarily existing work, along with some exhibit-specific installations, the artists exhibited are predominantly, but not exclusively, Chicago-based, and range from well-established to neophyte. Among the expansive survey of styles and mediums is painting, printmaking, sculpture, textiles, photography and video.

The Fluxus/Visual Poetry Project is showcased in one section of the exhibition, featuring work by more than 100 artists from international Fluxus and Mail Art communities who submitted artwork via the postage system.