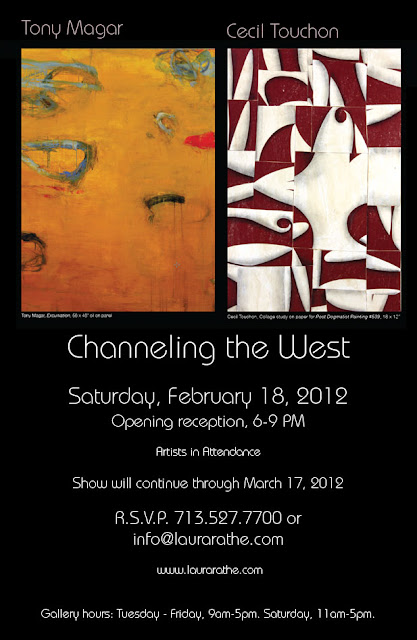 Laura Rathe Fine Art presents Tony Magar & Cecil Touchon: Channeling the West. Opening Reception is slated for Saturday, February 18 from 6-9 p.m. The artists will be in attendance. The exhibit will run through March 17, 2012.
Tony Magar has always been a painter's painter. He is a genuine paint mover whose colors dance, slash, splatter and arabesque across a richly textured picture plane. As informally spontaneous as the work sometimes appears to be, each painting is held together by a solid underlying structure of balance and form. Despite his free flowing gesture, Tony Magar is an accomplished draftsman and a pure poet of the painterly language.
He is one of the most active remaining artists of the great American Abstract-Expressionist generation.
Cecil Touchon continues to explore the realm of collage from his studio in the pine forests of Southern Colorado along the western slopes of the Continental Divide three hours north of Santa Fe, New Mexico. Much of his imagery is derived from Touchon’s fascination with the differences between how the modernist ideal has evolved in Mexico (Touchon maintains a studio in Cuernavaca, Mexico)  and the United States and the resulting variations of a modernist aesthetic.
Touchon’s serene and abstract works fuse drawing, painting and collage. Seemingly random and abstract, Touchon’s thoughtful collages liberate the viewer from everyday meanings so that they are left to consider the visual impact of his work. He enjoys removing things from their original context, rendering a work ambiguous in its meaning. Though they appear spontaneous, each work has a keen sense of balance and color. There is a logical and thought-out harmony inherent in his collage work. Because Touchon’s environment triggers his visual vocabulary, one feels a sense of the local rhythm when considering a body of his work. From: http://www.artshound.com/

Laura Rathe Fine Art presents Channeling the West, featuring the work of Tony Magar and Cecil Touchon. These two artists share a love of the crisp light, expansive skies and imposing mountains of the West.
Magar, channeling the legacy of De Kooning, Johns and Rauschenberg, among others, plies his painterly craft with stunning gesture and spectacular, unexpected color combinations.
Touchon's typographical abstractions are measured compositions formed of letters and words. Once recognizable vessels of meaning, they are transformed and re-configured into designs of beautiful precision.
The exhibition is on view through March 17. From: http://houston.culturemap.com 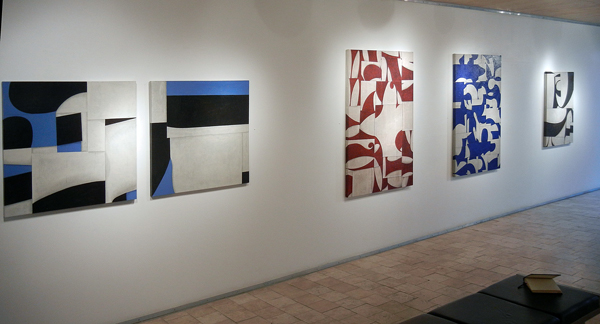 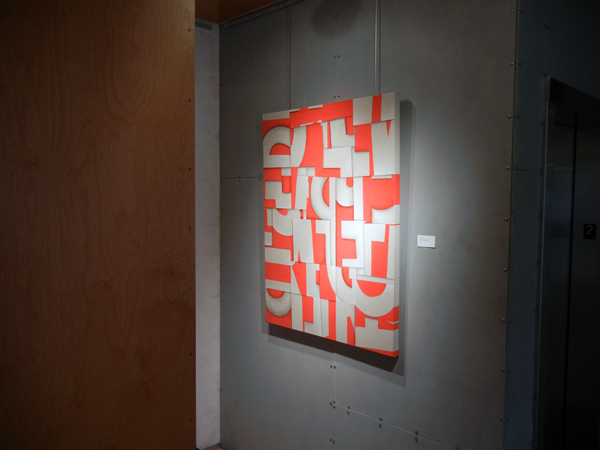 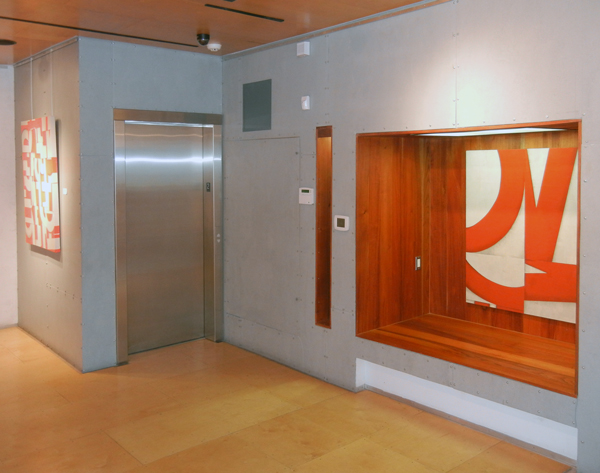 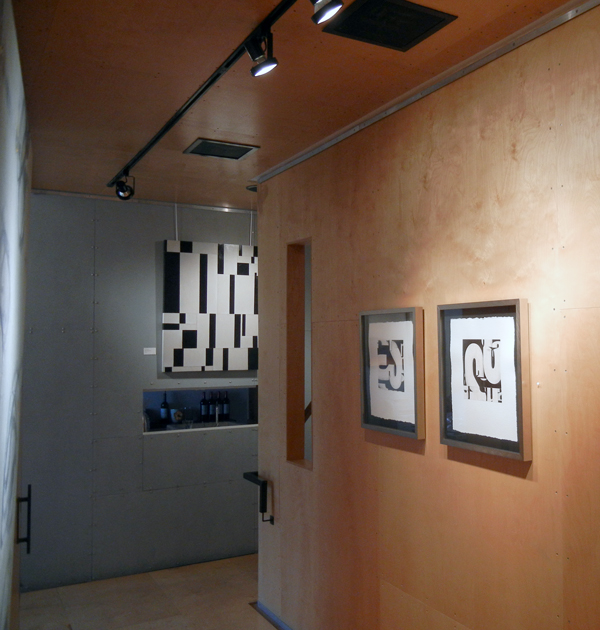 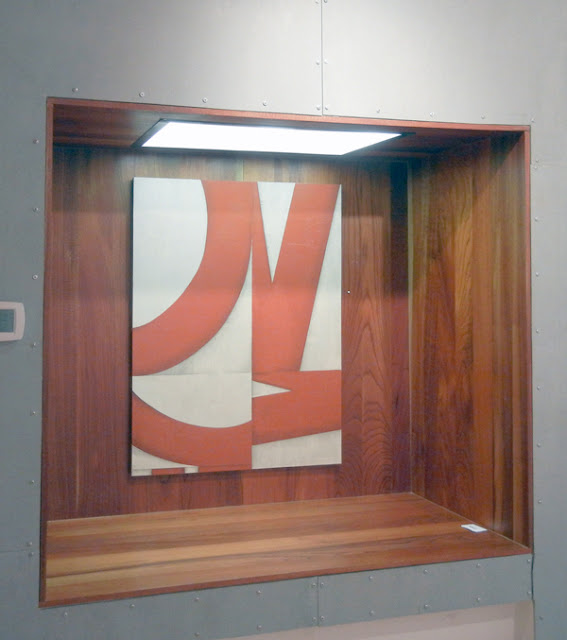