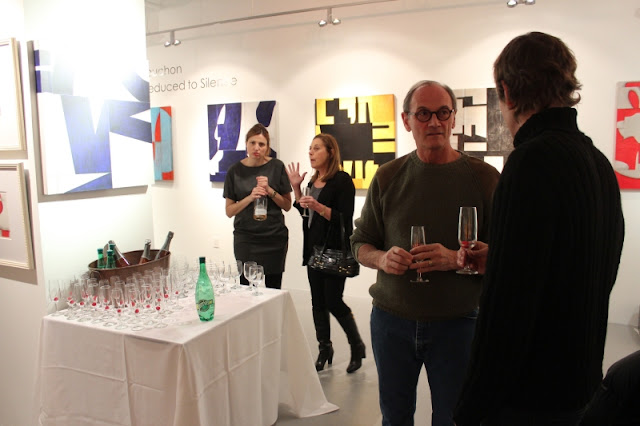 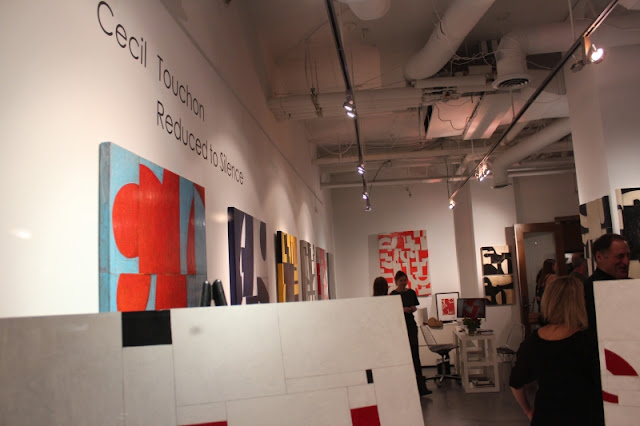 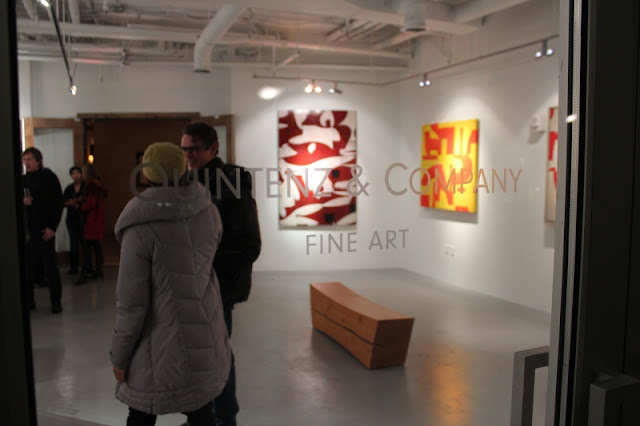 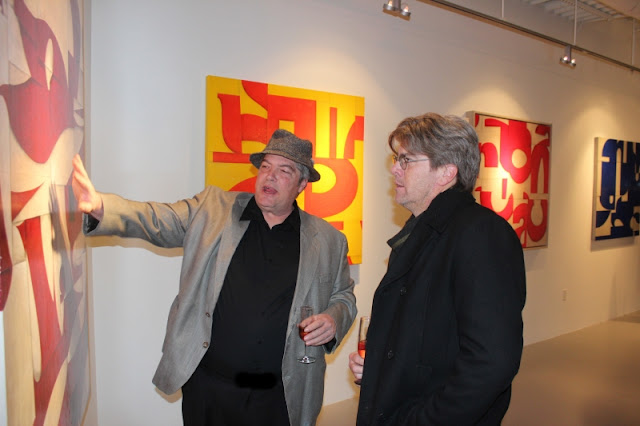 Touchon’s current exhibition explores the boundaries between art and poetry through intimate paper collages and paintings composed of bits of lettering and the spaces between them. Touchon’s non-objective poetic abstractions free words and letters from their service as carriers of meaning and let their forms communicate from a dignified silence in the primal language of visual art. Stripped of literary meaning, these works rely on composition, rhythm and visual movement to convey what is ambiguous and intuitive. Many of these works are constructed from distressed street posters and bill boards found in places such as Mexico City, Paris, and Berlin.
Found materials are distilled and re-contextualized as shapes, lines, and colors through a calibrated use of chance aesthetics. In his hallmark works known as typographical abstractions, pieces of letters and words, once recognizable bearers of meaning, take on a new, purely visually meaning as they are transformed into a design of integral unity. The result of this manipulation is a visual language of poetic beauty, which celebrates the true essence of Touchon’s oeuvre.
These works are an exploration of a classic modernist philosophical issue that dates back to the dawn of modern painterly concerns: non-objectivity and its relationship to the world of language and poetry. One discovers a musicality in these works that conveys an intellectual and artistic rigor giving expression to that realm where words and their meanings fall away, and only the eye looks on in a hushed silence.
Born in Austin, Texas Touchon attended North Texas State University and the University of Texas at Arlington. This highly acclaimed artist has exhibited in galleries and museums in New York, Los Angeles, San Francisco, Santa Fe, Boston, Houston, Miami, St. Louis, and Atlanta. His international exhibitions include venues in Paris, Amsterdam, Berlin, Mexico, England, and Italy where he participated in the Venice Biennial in 2001 and 2009. Touchon’s work appears in the collections of several major museums, including the Museum of Modern Art, the Chicago Art Institute, and the Tate Modern in London. His works are found in many corporate collections including those of IBM, HBO, American Airlines, American Express, Citibank, Delta Airlines, Las Vegas’ Bellagio Hotel, New York City's Waldorf Astoria, Neiman Marcus, Hallmark, and the Sanyo Corporation. Touchon is the founder and director of the International Museum of Collage, Assemblage and Construction and co-founder of the International Post-Dogmatist Group. His work has been seen in dozens of national magazines, design books, and scholarly publications. His art has been used in several movies including: Everybody's Fine (2009), Breaking Dawn (2011), Man on a Ledge (2012) and The Wedding (2012)