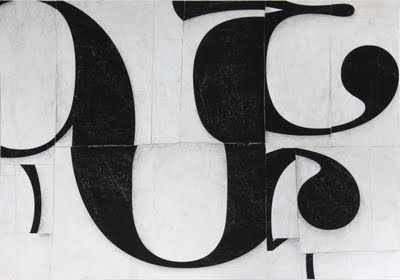 HOW MUCH: $250 for ACS members; $275 for non-members
(Students will receive a supply list once they have signed up and paid for the workshop. Early
sign-up is encouraged. Maximum of 18 students accepted.)

Cecil explains, “Collage art is a constructive approach to creating artistic images capitalizing on
the use of found or prepared materials arranged in creative ways to arrive at a final composition
that is often surprising and unexpected. A collage can be as simple as gluing one piece of paper
to another or as complex as one can imagine. A collage artist needs a wide range of techniques
or bag of tricks in order to achieve their vision.”

“I work along the lines of strategy adding technique where needed…with an exploration of the
fundamental principles of design, composition and historical precedent…using examples from
the Collage Museum's collection…we will also explore professional practices and standards,
studio organization, inventory and documentation systems. … I will work with each person at
whatever stage they are at and suggest ways to amplify their abilities and improve their results
and increase confidence. I will be watching for 'stops' in each person that may be holding
back their creative flow and devise ways to overcome them or work around them. I will also
be working with each artist to get an idea of what they wish to achieve through their work as a
collage artist and suggest ways to help them reach their goals.”

Widely recognized throughout the United States, Cecil Touchon has played a major role in the
fine arts arena for well over two decades. The highly acclaimed artist has exhibited in galleries
and museums in New York, Los Angeles, Santa Fe, Boston, Houston, St. Louis, Atlanta,
Dallas and Fort Worth among other cities. International exhibitions include venues in Paris;
Amsterdam; Berlin; Cuernavaca, Mexico; and Italy, where he participated in the Venice Biennial
in 2009 and 2001.

Touchon is well known in the areas of collage art, painting, visual poetry and as a member of the
Fluxus community. Touchon is the founder and director of the International Museum of Collage,
Assemblage and Construction and co-founder of the International Post-Dogmatist Group. He has
been featured in dozens of exhibition catalogues, magazine articles, and scholarly publications,
the most recent of which published in 2010 titled Masters: Collage—Major Works by Leading
Artists (Lark Books).

Touchon’s work appears in the collections of several major museums, including the Museum of
Modern Art, the Chicago Art Institute, and the Tate Modern in London. His works are found in
many corporate collections as well, including those of IBM, HBO, American Airlines, American
Express, Citibank, Las Vegas’s Bellagio Hotel, Neiman Marcus, Hallmark, and the Sanyo
Corporation, to name a few. He is locally represented in Atlanta by the Emily Amy Gallery.
His next show in Atlanta will open the weekend following the workshop.

Cecil Touchon was born in Austin, Texas, grew up in Saint Louis, MO and attended both North
Texas State University in Denton and the University of Texas at Arlington where he earned a BFA degree.